After a dramatic debut season, Star Trek Discovery returned to Netflix introducing us to a new captain, a new vibe and a whole new adventure for the redeemed Michael Burnham and her shipmates.

At the end of season ones finale we were all surprised to see the USS Enterprise send out a distress call interrupting Discovery’s trip to Vulcan. Following straight from that moment, season two opens with the ships captain – Christopher Pike – board Discovery to reveal that he’s on an important mission, the Enterprise is damaged and he needs to take command of Discovery to fulfil his orders.

Starfleet Command has detected several bursts of energy appearing throughout the galaxy. Uncertain whether they’re from friend or foe, Pike’s been ordered to find out what they are and where they came from. Taking the centre seat, after passing Saru’s need for regulations, he leads the crew towards one of the signals buried deep within a debris field scattered with dark matter. But instead of finding what they were looking for, Pike and Burnham end up leading a rescue mission…

While last seasons tension helped to build the mood, this season started off with a breakneck speed; wasting no time in bringing on the new captain, asserting the mission and launching a chaotic away mission in a hectic pod flight sequence darting between Discovery and the individual flights. From there the episode doesn’t stop for a second, taking you through to the crashed USS Hiawatha and back home to the Enterprise before you can complete a Shatner monologue!

In comparison the episode had much more life than we’d seen in the previous format of the show. Where the previous season would let us dwell on a character or a point to get to know this crew, Brother instantly introduced each one through quick scenes before launching into a bold, daring and exciting story; both on the ground as Burnham and Pike rescued the survivors and on Discovery as Tilly captured herself some dark matter afterwards.

For a first episode of the new season, Brother opened with exciting action that opened up the scope of the show before bringing us back to the Enterprise to throw a little more mystery into the series arc.

Welcome Aboard, Captain!
While the first season was filled with tension surrounding Lorca and the war, as well as the claustrophobic vibe of mostly being isolated on the ship, the second instantly opened up a new world and new energy. Captain Pike’s introduction made a point of him being Lorca’s opposite; Pike is bold, brash, charming and ready to put himself on the line for the mission.

Despite the title of the episode alluding to Burnham and Spock, Brother was all about introducing us to the new captain and what he was bringing to Discover. And what he brought was a bold new energy. Anson Mounts portrayal of Pike instantly demanded your attention; an authoritative and charming figure who would be everything Lorca wasn’t in both connecting with the crews needs and advice, and even risking his own life to save Burnhams.

What made Mount’s entrance as Pike wasn’t just his charm and energy, but in how his character helped to highlight some of Discovery’s crew who were thrown into the shadows in the first season.

Last season we didn’t really get to know most of the Discovery crew that well. Which made sense; it wasn’t their show and the season was leading us through certain character arcs, introducing the shows leads. In-universe, they were also under the thumb of Lorca’s training and restrictive style. With a more inclusive captain in the chair, they begin to find their own voice as their captain symbolically welcomes them into the spotlight.

The Search for Spock
Aside from the pace and action, one of the major highlights of the show was bringing us back to Burnhamm’s past in a series of flashbacks of her time on Vulcan. In season one we learned that after her parents were killed, Sarek took her in and helped raise her in the Vulcan way. Brother shows us her integration into Sarek’s household as we see a young Burnham introduced to her foster brother – and future Starfleet legend – Spock.

Aside from giving a hint to the volatile relationship between the two, and in turn with Sarek, the flashbacks also serve to throw more mystery into the plot of the show.

Once the rescue was over and Discovery returned to the still battered Enterprise, Burnham hopped over for a visit to Spocks quarters after learning her ‘brother’ had gone missing. And after a nostalgic look through Spocks belongings – ranging from a Vulcan harp to the circular mesh separator decorating the room – learned that his childhood nightmares had returned, leading to visions of the red bursts Pike was sent to investigate.

Meanwhile…
Of course as all this was happening we had some other intriguing moments. Tilly captured some dark matter ater a tip off from Burnham in a nicely choreograped scene, but made sure throughout to remind us she was in command training. Stamets announce he was leaving the ship as now the spore drive project was shut down he was essentially without purpose, yet still yearned for the lost Hugh Culber after his death in season one. And Saru, while not in command any more, still brought his love of the rule book and bizarre elegance to being first officer.

What was important through all that though was how well the crew had gelled. Building on the scene in which Saru ‘relaunched’ the ship in season one, the experiences and ark times of the first season have helped to bring the crew together in a way we hadn’t seen before. It was a crew that cared about each other, about their mission, and as they set off on a new adventure, were brought back to life under a solid leader.

Overall
Brother is an intriguing start to the second season of Discovery that picks up on the tones at the end of the first season once the war was over to give the show a firey new start; letting the crew return to their core mission of exploration with some excellent action and visuals delivered by director and producer Alex Kurtzman.

There were some shaky moments and some bits that were too telegraphed. You could see Connolly’s exit from the moment he opened his mouth, and his death in the pod sequence was just a waiting game as soon as they launched. But opening up the world of Discovery and expanding the scope has helped to add a whole new energy that’s, exciting, action packed and fun!

Discover More with SFC Quadrant 2 and join the conversation with one of the longest reigning Star Trek fan organisations in the world. Enlist today – Membership is free!

Opinions expressed in this article are those of our DoFC and may not reflect the fleet as a whole. Members can discuss the episodes at length in our Spoilers & Discussion Group – for more information pleas visit Starbase Europa or login to the Membership Hub.

“I’ve seen a little bit of it, and I’m very excited.” CEO of CBS offers insight into Discovery’s Launch Date 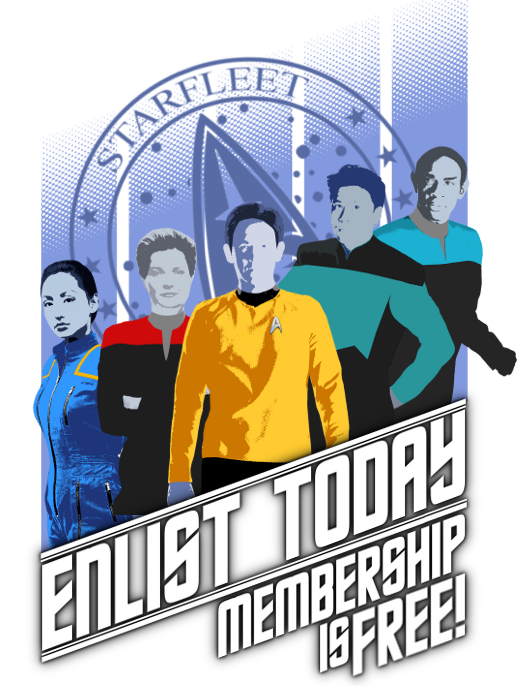